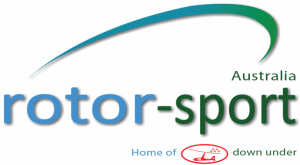 You are here: Home1 / Meet The Team

Gary from Assured, well known entrepreneur and familiar face on Adelaide Television, has a secret side that he is VERY passionate about.

Beginning in 1972 when flying lessons where only $15 per hour Gary embarked on learning to fly at the Remark flying club in a Cessna 172.

Because his wages were only $15 per week as well, he reluctantly succumbed to reality and gave up at the 6 hour mark until a more suitable future engagement with higher income would present itself.

New years day 1980 Gary soloed in a glider at the Adelaide Soaring Club.

Within one year he completed his Silver, Gold and Diamond badges and won 1st place as best cross country in one year.

Not content with Gliding he soon moved on the emerging Ultralight scene and was appointed Chief Flying Instructor by the then Department of Civil Aviation.

Gary soon became authorised as an Examiner of airman appointing his own instructor team to teach people how to fly.

In 1985 Gary achieved his Private Pilots License (PPL) and went on to purchase his first plane – a RV6.

His ratings and qualifications increased with Aerobatic and Instrument flight rules ratings.

Gary’s business at Assured Home Loans allowed him to purchase his first helicopter, a R44 four seater which allowed him to live his ultimate dream and fly around the beaches of Australia at low level and capture the event on video.

He then went on to complete his Commercial Helicopter license with a low level endorsement.

Not wanting to remain idle Gary come upon the emerging and exciting world of FACTORY built GYROPLANES which were CERTIFIED to even fly in controlled airspace with other commercial aircraft.

The Gyroplane experience captured Gary’s heart and now, semi-retired, he embarks on a new frontier to introduce people to learning to fly a machine that does not rely on an engine to fly safely, at an affordable price.

Dean has enjoyed flying for almost his entire life – he still remembers when, as a wide eyed eight year old, he took his first commercial flight and felt the sink in his stomach as the plane took off, and rise when the plane landed. Turbulence was more of a thrill than something to be afraid of. He was hooked!

It was much the same excitement when he had his first gyroplane flight, and was handed the controls by Gary – it was like being a kid again!

Dean has owned and run South Australia’s premier business technology consulting and support organisation, Calvert Technologies, since 1995. Whilst it’s given him the opportunity to travel the world, attending and speaking at many events, his real joy has been working with business leaders and their teams.

In fact his personal passion is growing people – enabling and equipping them to achieve their greatest potential.

Imagine the joy of being able to combine his passion with the joy of flying, and the prospect of teaching others to also enjoy the freedom of taking to the sky – possibly also realising their own childhood dreams!

Dean happily shares the passion of gyroplane flying with anyone who might listen – careful, his excitement can be infectious!

The yellow ELA 10-Eclipse featured on this site is his own aircraft, and he looks forward to sharing the joy of flying the “jet fighter of gyroplanes” with you.